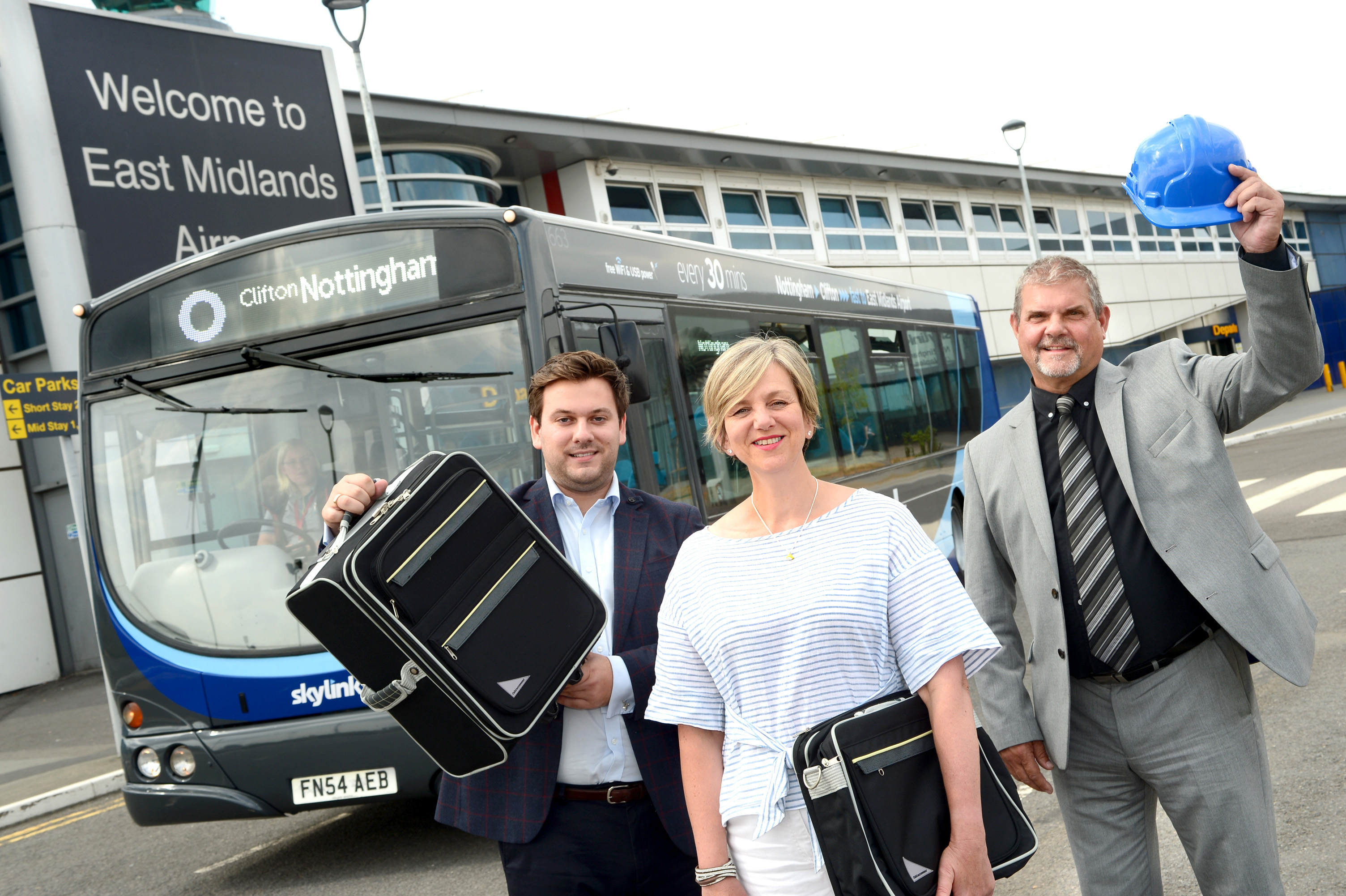 More Skylink Express Stops For Access to The Skies

Home / More Skylink Express Stops For Access to The Skies

We’re really excited to announce that our popular skylink express, which connects Nottingham to East Midlands Airport, is getting four added stops on a redesigned and rebranded route.

The new route will now run through the heart of Clifton along Southchurch Drive, calling at the NET tram park and ride site.

The new skylink route will feature stylish grey and blue low-floor buses with all the usual creature comforts, including USB charging at every seat, free WiFi, visual and audio next-stop announcements plus luggage racks for when holiday makers are taking to the skies.

Tom Morgan, director of service deliveryat trentbarton, said: “Routing skylink through Clifton to serve more residential areas with four added stops will provide many local people with a quick and comfy way to get to work and back home.

“More than 8,000 people already work at more than 80 businesses at and near East Midlands Airport. With thousands more jobs to be created at one of the major employment hubs in the Midlands, it’s time to better connect Clifton’s residents.

Lilian Greenwood, Labour MP for Nottingham South and chair of the House of Commons transport select committee, said: “The new route and bus stops on trentbarton’s skylink service are great news for my constituents in Clifton.

“Not only will these changes make it even easier for local people to get away on their holidays, but they also improve access to the thousands of jobs and training opportunities at and around the airport.”

Karen Smart, East Midlands Airport’s managing director, said: “I’m delighted that the skylink is being re-routed to serve more people. One of my key priorities is to improve access to the airport, not only for passengers but for workers too.

“The airport site will soon be one of the largest employment sites in the region and, with development of the SEGRO East Midlands Gateway Logistics Park next door, a strategically important multi-modal air, rail and road cargo hub.

“But, for local people to benefit from this expansion, they need to be able to easily access the jobs here. Today’s news is a step in the right direction.”

This website uses cookies to improve your experience while you navigate through the website. Out of these, the cookies that are categorized as necessary are stored on your browser as they are essential for the working of basic functionalities of the website. We also use third-party cookies that help us analyze and understand how you use this website. These cookies will be stored in your browser only with your consent. You also have the option to opt-out of these cookies. But opting out of some of these cookies may affect your browsing experience.
Necessary Always Enabled
Necessary cookies are absolutely essential for the website to function properly. This category only includes cookies that ensures basic functionalities and security features of the website. These cookies do not store any personal information.
Non-necessary
Any cookies that may not be particularly necessary for the website to function and is used specifically to collect user personal data via analytics, ads, other embedded contents are termed as non-necessary cookies. It is mandatory to procure user consent prior to running these cookies on your website.
SAVE & ACCEPT